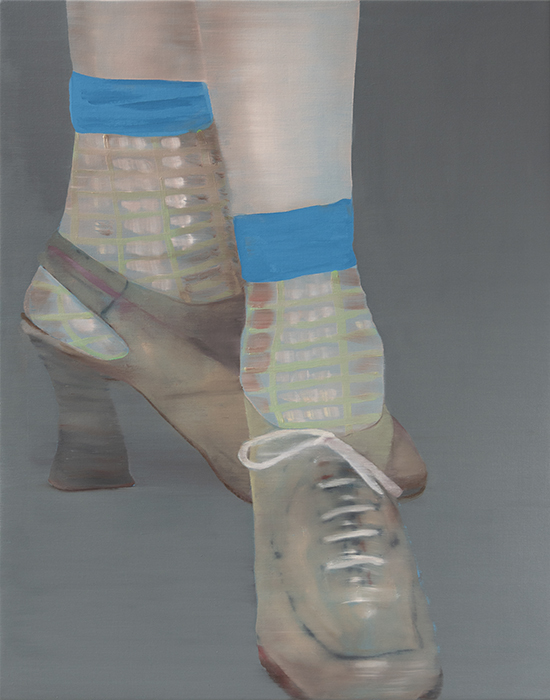 Leeahn Gallery Daegu is pleased to present the second solo exhibition Anonymity of Dutch artist Katinka Lampe (b.1963~) from September 17 to October 31, 2020. Katinka Lampe, who is active in Europe, is working on the representation of young adults with a delicate and dreamy appearance using sensitive colors. This exhibition, which is held eight years after it was first introduced in Korea at the Leeahn Gallery in 2012, features 17 paintings, including new works.

Katinka Lampe's work features several characters, including her family and models of various ethnic backgrounds. Although these models are precisely described with the artist's excellent aesthetics, realistic representations of objects are far from the characteristics of lampe’s work. ‘Anonymity’, which is also the title of this exhibition, is the most important part of Lampe’s work. The artist does not provide any information about the person, and the title of the work is also given a series of numbers rather than a name. It removes the characteristics of the real person and embodies the recreated image through the artist's point of view. This allows the viewer to interpret a variety of things without being bound by a specific identity.

Whereas traditional portraits of the past mainly expressed character's identity and emotions, Lampe's paintings makes the audience experience reflection by projecting their own story on the image on the screen. To borrow lampe's expression, it concentrates on creating reflective images like a mirror. In other words, it reflects the actual experience of the viewers and comforts them by asking themselves questions.

Meanwhile, her work process is very slow. Paint in up to 10 layers, and each layer can take up to a week to dry. The painting, completed through a rigorous process, allows the viewer to slowly peel off the layers and feel the beauty settled on the canvas.

6080181>(2018), exhibited on the first basement floor, is a work that clearly reveals the pictorial characteristics of Katinka lampe’s painting. The clothes the girl is wearing have blurred outlines by rubbing the clear brush marks before the paint dries. Through a smooth screen with brush marks removed, a complete image dominates the work.

In <1318206> (2020), a side profile work, a girl is covered with a white veil. The strong contrast with the dark background catches the eye, and the veil seems to represent a religious meaning and reminds us of the Middle Ages. The artist's interest in various fields of society is revealed in her works through metaphors and symbols, suggesting that the audience interpret them with subjective meaning.

Another thing to note is the processing of the eyes of the characters in the work. The characters avoid their gaze or bow their heads rather than looking straight ahead. Their appearance arouses curiosity in the viewer and at the same time creates a time for careful observation. It tells the audience to stay there for a long time and stare at the person on the screen. However, the spectator, who was trying to find the hidden story of the character, suddenly realizes that the direction of observation has been changed to himself. Through the time we spend in front of the work, we will naturally immerse ourselves in the emotions of the present moment and experience a different aesthetic experience. 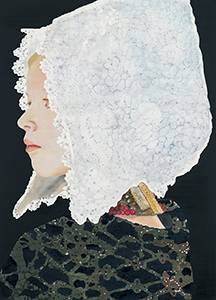