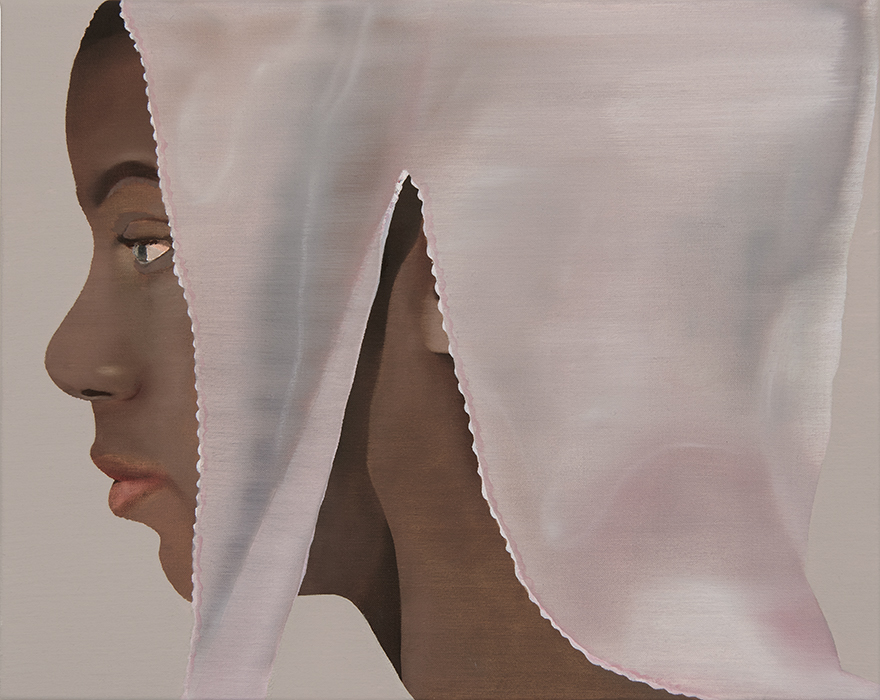 Katinka Lampe has long shaped her portraits in the interstices between figuration and abstraction. Bypassing depiction, Lampe imbues her work with hints of broader societal motifs, leaving subtle signs for the viewer to follow into a deeper look. Her most recent series Bubble, on view at Elizabeth Houston Gallery from September 15 to October 30, 2021, is a true sign of the times.

Made in 2020, Lampe’s paintings echo with concerns and considerations endemic to the year of their production. Working in confinement during a global pandemic, her private experiences had become universal ones, but in the most unusual of ways. Quarantine had thrust so many into private worlds of their own, the world over. The space of the home suddenly became the bubble separating us from others, and from other viewpoints. Like internet activist Eli Pariser’s concept of the “filter bubble,” our individual informational spheres carved out by invisible algorithmic editing of the web, the “home bubble” had narrowed our experiences to the familiar. But for Lampe, reworking the stillness of that space into a creative focus had become her novel distraction from the otherwise unchanging progression of days.

Her paintings are portraits of the solitude of 2020. In each, we are at pains to say where her depiction ends and impressions begin. Veiling her models, Lampe obscures their faces, revealing only a sliver of a profile turned away from the viewer in some instances. Colored layers that bisect her portraits and cut her canvases into sections preclude any overly literal associations. Other faces press against the edges of the frame, refusing eye contact, or hide themselves from our gaze behind their hands, blankets, or clothing. One wears a balaclava.

Lampe’s work is more a study of alienation and silence than it is a representation of others. In keeping with that emotional undercurrent, she has restrained her palette. In muted gray tones or pitch black, Lampe explores the absence of light falling on features. She has honed in on the details in this series, and yet her portraits are not of anyone or even anything in particular. One imagines that some of her figures might be found lingering in the background of old master paintings. There is no one taking center stage here. The bubble itself makes an appearance, metaphorically, of course, and literally, too, in the form of chewing gum. A rosy pink orb conceals her models’ faces. Casting their glances downward toward it, they look more bored than satisfied, more absent than present.

In Bubble, Lampe has painted her experience of the pandemic, oscillating between seeking and denying, between presence and absence. And yet, as is her custom, she has removed herself as much as possible from her work. This series is unique in that we—in our separate but similar bubbles—are there in the paintings, and removed from them, too. 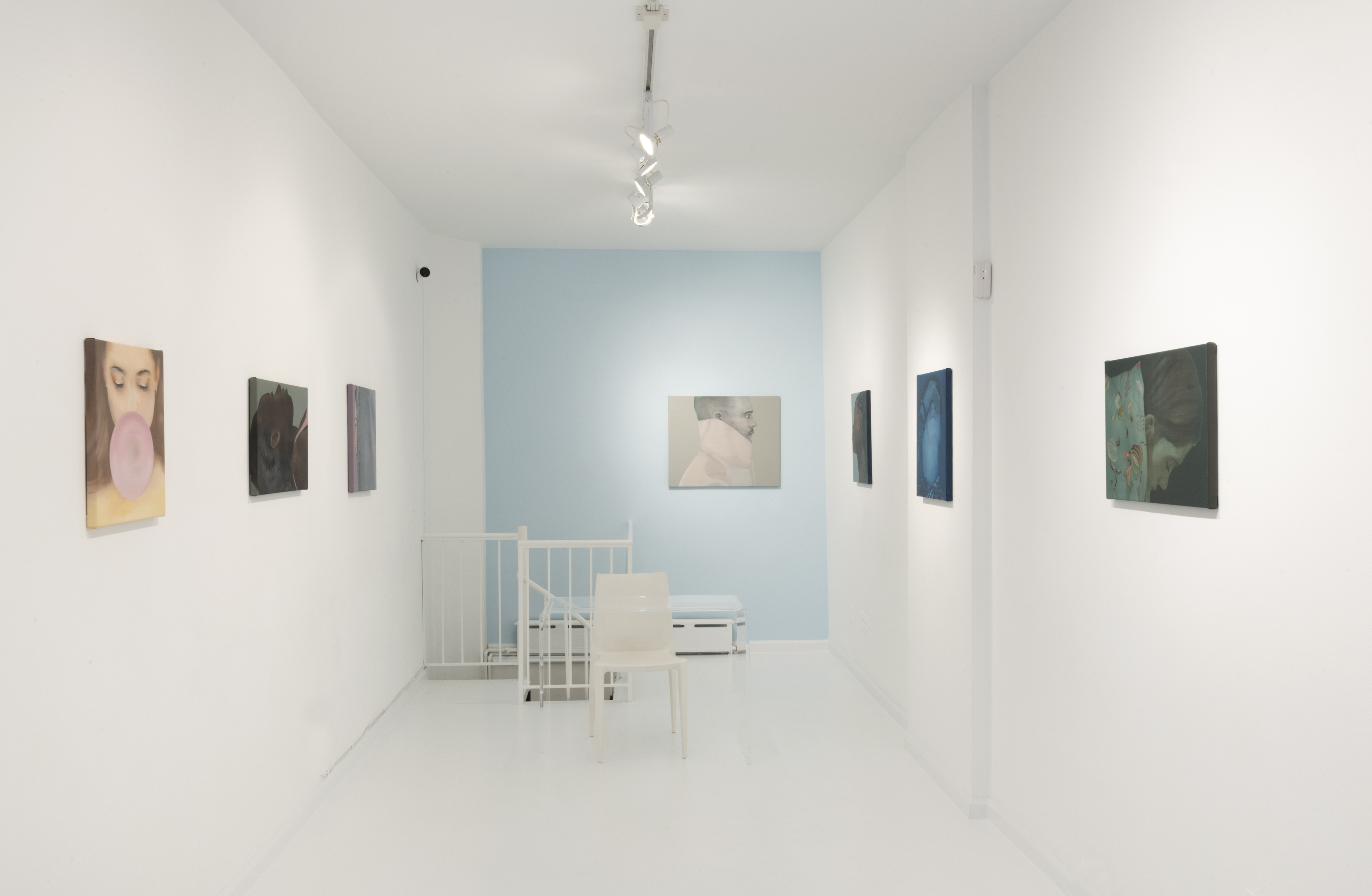